Fast fresh flower delivery in Albania. We send flowers by hand in Tirana and 8 cities in Albania

Albania is a country of many traditions with a large Muslim population mixed with western influences. The small country has little in natural resources, but it does have a beautiful national flower. The bright red poppy is the national flower of Albania and is a bold match to the deep red and black national flag. Not only found decorating the streets of Tirana, the blood red flowers are also popular in many Albanian bridal bouquets. While the small country may be mountainous, the loose soil makes a perfect place for the poppies to grow each spring. Mid-March officially marks the beginning of spring, and Albanians celebrate throughout the country with their annual summer festival. The festival originated and is centered in the small city of Elbasan but is celebrated throughout the country, even in the capital city of Tirana. This bright festival is not only a celebration of the end of winter but also a rebirth of nature and the human spirit among fellow countrymen. While the red poppy often receives more recognition, the Albanians also appreciate the dark beauty of the black poppy. While not often used in floral decoration, the black poppy can be found mixed in other arrangements throughout the capital city. We deliver flowers throughout Albania. Popular delivery cities are Tirana, Durrës, Elbasan, Ballsh and Berat (but we can send flowers to all cities in Albania).

Most Popular Flower Delivery Albania Cities(you can see ALL the cities in the Cities menu!): Ballsh , Berat , Durrës , Elbasan , Tirana

Here is a comprehensive list of all the cities/towns and areas we deliver flowers to in Albania. If you wish to deliver to somewhere else (not listed here) please contact us first before placing your order. Generally speaking next day delivery is available to these cities if you place your order before 2:00 PM the previous day. 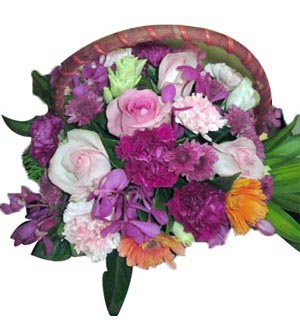