The South American country of Bolivia is home to many cultures and nationalities. In a country with 30 national languages, and possibly two capital cities, it only makes sense that it would also have two national flowers. Bolivia is a country sharply divided into two distinct sections, the western side is home to the mysterious Andes Mountains and has a strong Peruvian influence, while the eastern part of the country favors the carnival style of the Brazilian culture. The beautiful red, yellow, and green flowers of the Kantuta and the Ptuju can be found growing throughout the country and decorating many homes in the capital cities of Sucre and La Paz. Christmas time in Sucre brings the bright red of the Heliconias out, and every Sunday means that the streets to the cemeteries are lined with vendors selling brightly colored spikes of gladiolas and painted daisies. Also popular among the Bolivian people are the gaily colored calla lilies that can be found decorating the urns throughout the tiered cemeteries. Another beautiful sight in Bolivia can be found in the city of Sucre’s center square where thousands of flowers line the plaza making it one of the most festive sights in Bolivia.

Here is a comprehensive list of all the cities/towns and areas we deliver flowers to in Bolivia. If you wish to deliver to somewhere else (not listed here) please contact us first before placing your order. Generally speaking next day delivery is available to these cities if you place your order before 2:00 PM the previous day. 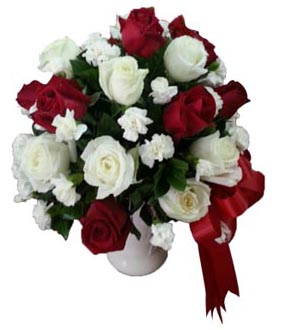