The national flower of El Salvador is the delicate white flower of the yucca plant. Named flor de izote, these beautiful bell shaped flowers grow downwards from the stem, creating a striking trailing bell effect. Not only are the izote flowers stunningly beautiful, they are also edible. San Salvador is the capital city, and the beginning of spring sees its streets lined with the pink blossoms of the Pink Poui tree. Springtime also sees the return of the rainy season and is celebrated with the Flower and Palm festival in the city of Panchimalco. Originally the festival was based on the country’s Mayan heritage but now includes their patron saint the Virgin Mary. Elaborate floral displays are carried through the streets of town, with statues of the blessed mother riding on top. The altars are made from palm leaves tied together, with hundreds of blooming flowers attached. Many of these flower altars feature the tall colorful spikes of gladiolas and Heliconias, with gaily colored mums and pristine white lilies mixed in. Along with the colorful blooming succulents, the country is also home to several varieties of lilies and orchids.

Here is a comprehensive list of all the cities/towns and areas we deliver flowers to in El Salvador. If you wish to deliver to somewhere else (not listed here) please contact us first before placing your order. Generally speaking next day delivery is available to these cities if you place your order before 2:00 PM the previous day. 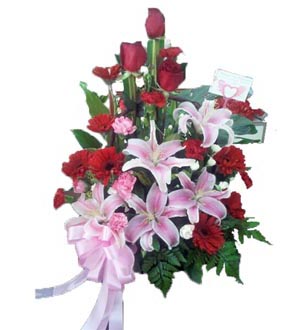