Fast fresh flower delivery in Ireland. We send flowers by hand in Dublin and 22 cities in Ireland

The national flower of Ireland is the shamrock, which can be found all throughout the countryside, including in the capital city of Dublin. The shamrock resembles the more common three leaf clover, and is always worn on the lapel during St. Patrick’s Day. The Irish love to give flowers, and some of their favorites include bright colored roses, daffodils, and painted daisies. The sweet white daisies are often given to young girls as symbols of affection from admiring school friends. The exotic orchids are always popular, and sunflowers are often sent by the Irish as symbols of good cheer and friendship. Springtime brings a profusion of color to the Irish meadows, with globe flowers, amaryllis, and Easter lilies being some of the more commonly grown ones. The capital city of Dublin is also home to Ireland’s largest flower festival. Held in Phoenix Park, it showcases some of the best floral arrangements in the country. Dublin is also home to the Carlow Garden Festival, which highlights some of the world’s best gardeners and horticulturists.

Here is a comprehensive list of all the cities/towns and areas we deliver flowers to in Ireland. If you wish to deliver to somewhere else (not listed here) please contact us first before placing your order. Generally speaking next day delivery is available to these cities if you place your order before 2:00 PM the previous day. 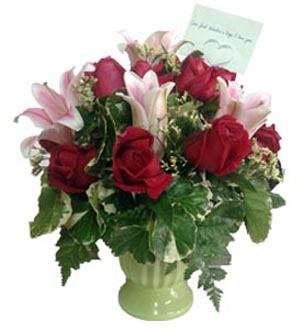