Fast fresh flower delivery in Kuwait. We send flowers by hand in Kuwait and 7 cities in Kuwait

In the spring, the bright yellow flowers of the arfaj bush are in bloom, coloring the Kuwaiti landscape. Originally used to feed livestock, this versatile bush is now the country’s national flower. While much of the country is desert, this does not mean that there is not plenty of beautiful floral life to enjoy and admire. Some of the more popular flowers include the bright calendula flowers and vivid blue morning glories. Bougainvillea can often be found growing along trellises in the capital city of Kuwait City. While many of the western annuals and perennials are not native to Kuwait, they are loved and are often used in plantings and colorful floral arrangements. Some of the favorites include the cheerful pansies and bright yellow daffodils, with roses being one of the true favorites. Chrysanthemums are also popular and can be found decorating front porches and storefronts. In February, Kuwait joins with neighboring countries to participate in the annual flower show where one of the attractions is the magnificent flowering carpet that seems to magically appear over the desert.

Here is a comprehensive list of all the cities/towns and areas we deliver flowers to in Kuwait. If you wish to deliver to somewhere else (not listed here) please contact us first before placing your order. Generally speaking next day delivery is available to these cities if you place your order before 2:00 PM the previous day. 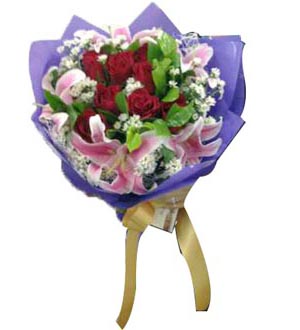