Fast fresh flower delivery in Macau. We send flowers by hand in Macau and 2 cities in Macau

Since the country of Macau is shaped like a lotus blossom, it is only fitting that the flower has its own festival. Every year, thousands of the beautiful flowers are floated in the city’s ponds, and large potted lotus blooms are strategically placed throughout the city streets. The capital city is named for the country, and the beautiful and exotic lotus plants dominate the countryside. With the country’s strong connection to China, many of the same cultural celebrations occur in the city. The Chinese New Year is also celebrated with thousands of fireworks, dragons, and roses. A-Ma Festival is held in March, where it is customary to bring gifts of flowers to the temple of the goddess, A-Man. She is said to have heroically saved her people from a disastrous storm, and every year the people of Macau remember her with thanks. Other popular flowers include the region’s orchids and azaleas, along with the beautiful flowers of the red bottle brush. The people of Macau love to send flowers, and some of their favorites include the pink, white, and red roses and carnations. Lilies are also popular to send, as they can convey a wide variety of sentiments without causing offense.

Here is a comprehensive list of all the cities/towns and areas we deliver flowers to in Macau. If you wish to deliver to somewhere else (not listed here) please contact us first before placing your order. Generally speaking next day delivery is available to these cities if you place your order before 2:00 PM the previous day. 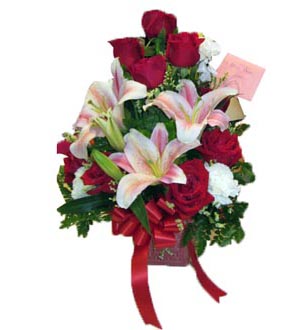