Fast fresh flower delivery in Panama. We send flowers by hand in Panama and 9 cities in Panama

Panama’s national flower is the orchid, also known as The Holy Ghost Orchid. This elegant and beautiful white orchid can be found in churches throughout the country. In the capital, Panama City, The Holy Ghost Orchid can also be seen decorating many of the cities doorways and windows. January brings the flower festival in Boquete that is held on the Feria grounds by the eastern band of the Boquete river. Lining the entrance into the city are thousands of brightly colored impatiens, and bright yellow chrysanthemums line the river’s edge. In the center of the festival is the elegant and exotic display of the native Panamanian orchids. Other popular flowers include large purple alliums and bi-colored hibiscus. Another stunningly beautiful sight occurs during Panama’s dry season, when the large pink and white blooms of the balsa tree burst wide open. These flowers are not only beautiful, they also help feed several of the country’s indigenous animals during the long, dry season. Panama also has a large Catholic population, which makes the White Easter and The Holy Ghost Orchid especially popular during the holy week.

Here is a comprehensive list of all the cities/towns and areas we deliver flowers to in Panama. If you wish to deliver to somewhere else (not listed here) please contact us first before placing your order. Generally speaking next day delivery is available to these cities if you place your order before 2:00 PM the previous day. 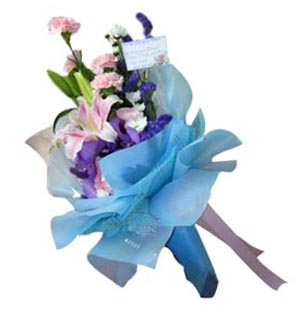