Fast fresh flower delivery in Paraguay. We send flowers by hand in Asunción and 7 cities in Paraguay

The national flower of Paraguay is the uniquely stunning passion flower or maypop. The blue flower is the flower of the passion fruit, and its long climbing vines can be found growing in gardens and on walls all throughout the capital city of Asuncion. Flowers are also an important part of the country’s economy, and their annual flower fair helps to promote many of the stunning varieties that are grown in the botanical gardens and in the rainforests. Several different species of orchids grow throughout the forested areas, and the exotic Dendrobium is one of the more easily recognized ones. Used in decorations and floral arrangements, these orchids are also among the thousands of flowers that are exported annually. Also heavily cultivated and exported is the variegated Paraguay nightshade. The startling violet purple flowers have a sunny yellow center, which makes the flowers even more startling against the yellow and white foliage. Flowers are also commonly given as gifts, and many of the nation’s exportable flowers can also be found in the flower stalls that line open-aired markets. Some of the popular floral gifts include bouquets of colored roses and large fragrant lilies.

Here is a comprehensive list of all the cities/towns and areas we deliver flowers to in Paraguay. If you wish to deliver to somewhere else (not listed here) please contact us first before placing your order. Generally speaking next day delivery is available to these cities if you place your order before 2:00 PM the previous day. 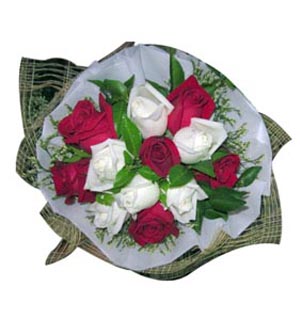