Fast fresh flower delivery in Honduras. We send flowers by hand in Tegucigalpa and 6 cities in Honduras

The national of flower of Honduras is the uniquely beautiful Brassavola Diggiana orchid, which is now under governmental protection. There are two possible capitals in Honduras, with the city of Tegucigalpa being the most commonly recognized. Honduras has an ideal climate for many species of flowering plants, and more are being discovered each year. Hundreds of these colorful blooms are on display at the Lancetilla Botanical Gardens and other public gardens scattered around the country. Flowers play an important role in the country’s religious celebrations, especially during the Easter season. During the Holy Week, the small town of Santa Rosa de Copan hosts the seven day festival which ends with a Jesus impersonator following the parade route over a beautiful and colorful bed of flowers. As the second largest Central American country, Honduras also boasts an ideal climate for growing roses. The number of roses had grown so large, that until the 1960s it was also the country’s national flower. Other popular flowers in the Honduran culture include the yellow lotus, which can often be found in the thick mangrove forests, and the prolific salvia bush. The salvia spikes can be found in a multitude of colors including the more common reds and blues, often found in western styled gardens. 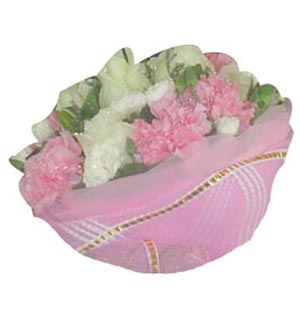